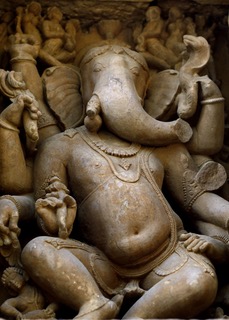 Maha Leela is an ancient Hindu game, more than a game a spiritual tool disguised as a game, a mirror to know and recognize ourselves and the patterns of behaviour (repeated, compulsive, unconscious, problematic, harmful) that condition our lives and our relationships, generating unnecessary suffering and diverting our psycho-spiritual energy from the final goal of the Journey: the consciousness of the unity of all things.

Hindus refer to the cosmic process as Leela, play or divine work.

The Maha Leela is an esoteric tool in the form of a game that the Rishis of the Vedic era conceived and used to convey their teachings.

The scientific spirit of these saviours turned inward to investigate the complexity of the human soul. Exploring the labyrinth of being, yogis discovered seventy-two primary states, represented precisely by the squares of the Leela game.

We could define this game as a map that shows the geography of the human soul, a sort of periodic table of consciousness.

It graphically represents the stages of the inner journey and the paths of transformation. Each box has a name that leads the player to meditate on that concept and contains a sort of "lesson" that must be learned and integrated.

The assumption is that since it is a mystical game of synchrony, the Maha Leela develops in accordance with the player's karma. Its magic and truthfulness also lies in the fact that it does not represent a gradual and linear rise of existence, which would make it an "idealized" model and not at all representative of the ups and downs of life with its mountains and valleys, its phases of expansion and contraction.

This dynamism gives the game a special and especially truthful character, clearly showing us how illusory it is to believe that in life there is the "stable", the "permanent", the "safe": we experience the reality of falling suddenly, not maintaining the level reached , or instantaneously rising to a higher stage.

The teaching of the Advaita lineage within the Vedic tradition is based on the existence of a being united to the totality of all existing beings, to the point of not having to speak of distinct beings, but of absolute and total unity: masculine-feminine, observer-observed, union of "agent and witness", a non-dual vision that includes the world and consciousness. For the traveler Leela it is a great contribution to understanding the Game since for Advaita "everything happens here and now", every particle of space is imbued with knowledge and information, the whole Universe is Consciousness.

The Maha Leela can be considered a meditative practice as well as a therapeutic tool of self-knowledge, capable of awakening the awareness of one's attitudes, words, thoughts and feelings in relation to life and its deepest meaning.